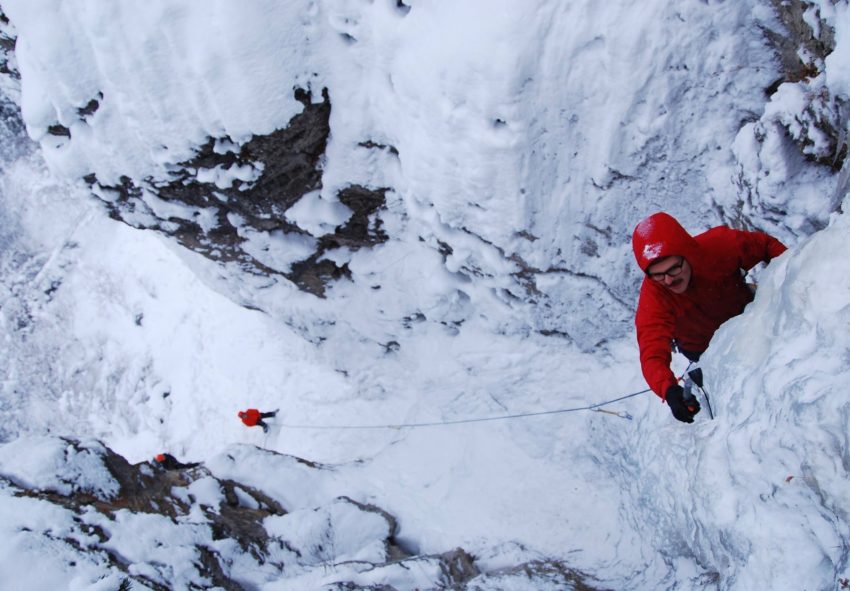 You are halfway up a frozen waterfall. Ice breaks apart and showers down. Your cheeks and nose go numb. Arms and legs tremble with exertion and adrenaline. Despite all this, you could not be happier. Junior Outdoor Product Design student Cale Colburn recommends the Petzl Quark ice axes for your next ice climb.

“They are beautifully designed, well-engineered, and time tested,” Colburn said. “They are really versatile tools that are good for anything from general mountaineering to technical ice. I personally am a big fan of the ergonomics of the tools: how they handle on steep snow, and how they swing. I’d for sure recommend them to others. Ice tools are expensive and if you only had the cash to get one pair of tools, these would be the ones because they are so modular that they can fill the roles of multiple tools for different objectives. If you have an interest in climbing ice, though, I’d first recommend trying to bum gear off of friends until you know it’s something that you want to pursue. It’s a heck of a lot cheaper than buying everything beforehand.”

Quark ice axes are sold on Backcountry and Petzl for around $260. These axes have tapered ends making them perfect for ice, snow and mixed. Handrests protect hands on ice climbs and provides a good grip. Trigrest quark and Griprest quark technology strengthens the grip on difficult sections.

“I’ve taken these tools on trips mostly between Utah and Colorado so far, hoping to see the Northwest, Canada, and maybe even Alaska in the near future. I have used them scouting for climbs here around Northern Utah, leading my first ice pitches, and getting on some amazing ice down at the Ouray Ice Park.”

After sending on an ice wall with your new Petzl Quark ice axes, check out next week’s Aggie Gear Guide.