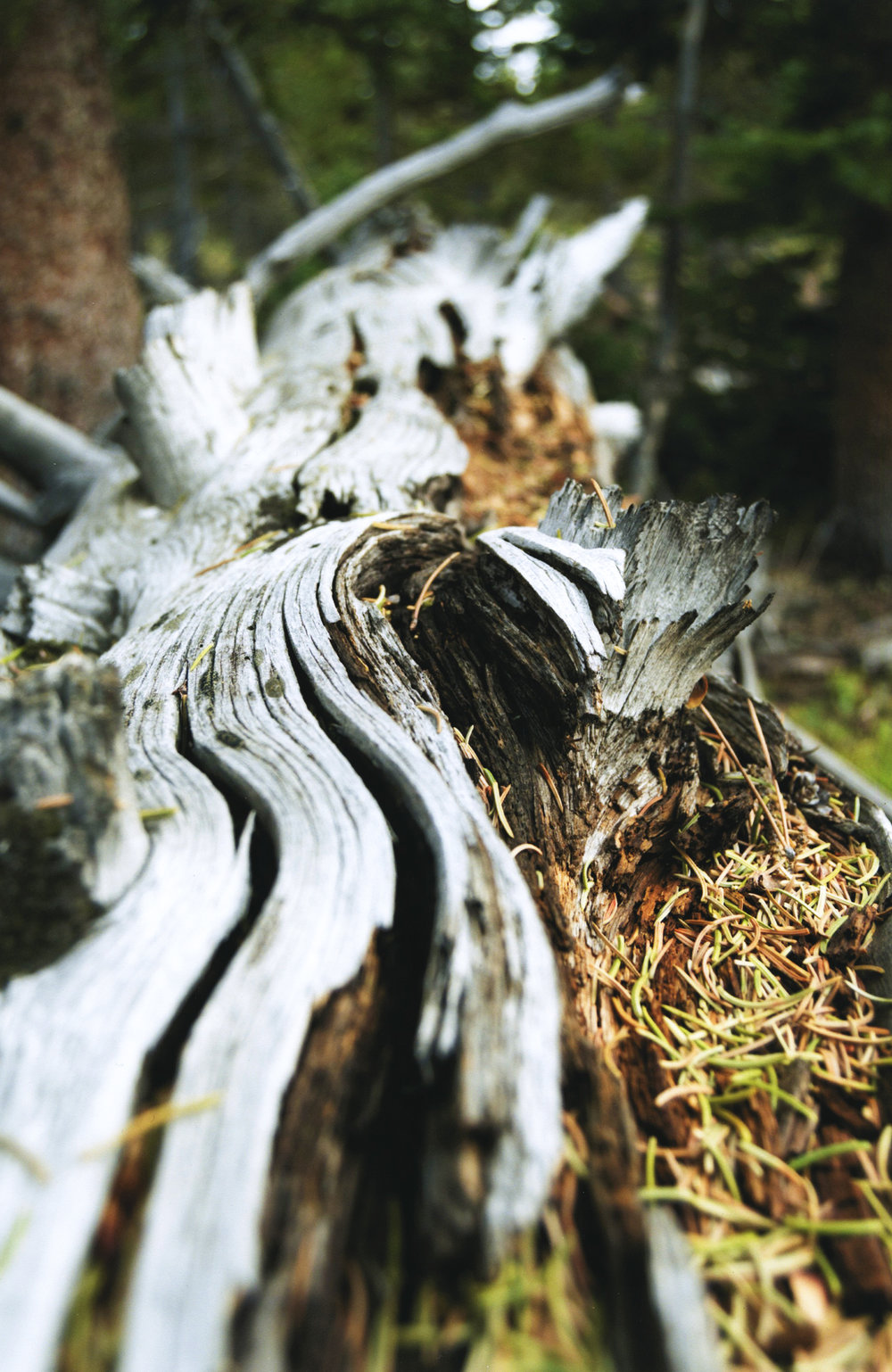 Bark Beetles have long inhabited forest systems worldwide, and they can have a major impact on the ecosystem. However, in recent years, these tiny insects have caused colossal destruction throughout North America; tens of millions of acres of conifers have been affected. Bark beetle populations have increased drastically due to rising temperatures and drought, which create favorable conditions for the beetle to thrive in.

Alexa Okerlund, a photography student at Utah State University, saw the effects of the bark beetle infestation and became inspired to use her art to raise awareness of climate change. Her projects are primarily centered around the effects the human race has on the environment. I received some insight from Alexa about her work and what she thinks the next step is.

She started photographing natural subject matter last year as she hiked the Uintas. “When I ran across an area affected by bark beetles, I was baffled, so I did some research and went from there. I’ve always loved spending time in the outdoors and photographing, but that was the first time I combined those two interests and I’ve never looked back.” Seeing the effects of the beetle infestation stunned her, and she knew it would impact others too. The fact that global warming could manifest in such an obscure way fascinated her: “to learn that humans were ultimately the cause was incredible, and I wanted the viewer to undergo that same process.”

When asked what she hoped people got from her photo series Alexa said: “I hope that this makes people realize what their actions are capable of. Reducing one’s carbon footprint may seem small, like the actions of one person couldn’t possibly have a big enough effect to make a difference. But change has to start somewhere and others can take inspiration from even one person living sustainably.”

“Do you think artists have the ability to implement change on the human impact on the environment?”

“I know they do. Ansel Adams’ photographs were indispensable in the creation of the Kings Canyon National Park. They worked as evidence of the value that the land has and convinced politicians to protect it. If photographs of the beauty of nature can influence that level of change, then certainly photographs of the destruction thereof can influence people to take interest in the cause and effect. I just hope that these images are able to communicate that and inspire people to adapt their lifestyles and minimize their impact.”