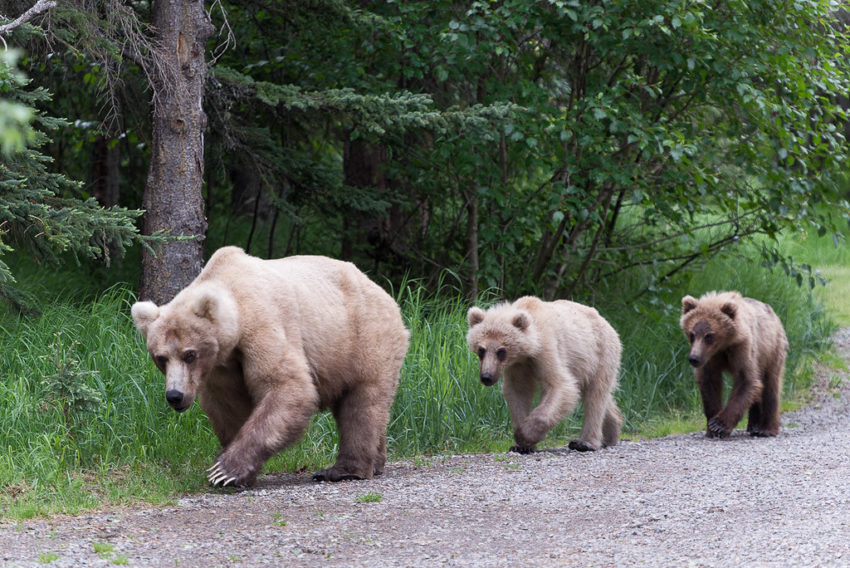 Katmai National Park’s Fat Bear week is undoubtedly the best week of the year. The tradition of ranking the park’s Brown Bears started five years ago. This March Madness-type bracket combines education with humor as people go to facebook to vote on their favorite fat bears. According to the National Park Service’s website, a fat bear is a healthy bear. They are storing all of the energy they will need for their long winter hibernation. The area of southern Alaska that these bears habitat has been having a record Sockeye Salmon count for the past two years: Plenty for the bears to eat. A brown bear will lose a third of its body weight during the winter, meaning the heavier they are the more likely they are to survive.

This year twelve bears were selected to compete. The park service does their best to not personify these wild animals. They give each bear a number, but people who follow on the live feed often name them. The live stream can be found on youtube under Brooks Falls – Katmai National Park, Alaska powered by EXPLORE.org. It documents activity around Brooks Falls where many bears come to feast.

This year’s winner was 435 Holly. The National Park Service said that Holly was so dedicated to packing on pounds that they found it hard to get a photo of her out of water. In the last round, Holly won with 18,000 votes compared to her biggest competitor 775 Lefty with only 4,000.

So this season, think of Holly as you take down some Halloween candy, Thanksgiving dinner, and Christmas sweets. Hibernation time is nearing and it’s time to start preparing.