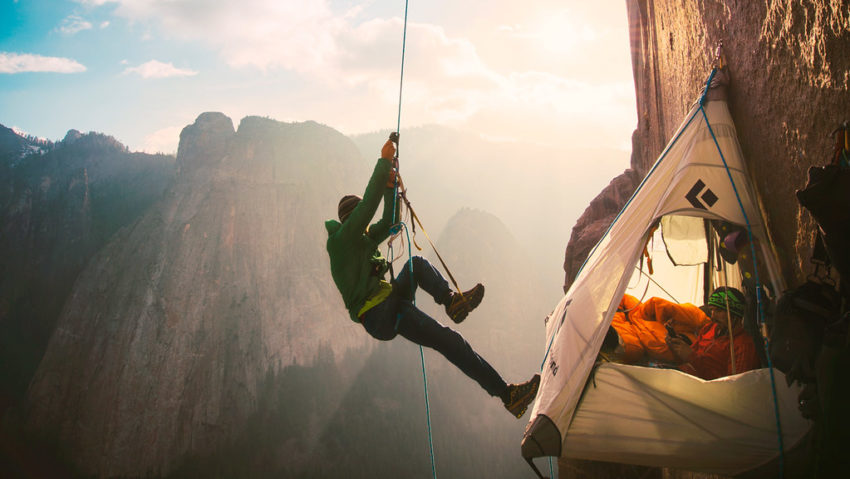 Year after year, the rock climbing community completes phenomenal and record-breaking feats that can only be accurately shared in one way–documentary. With the release of films like the Dawn Wall and Free Solo, viewers crave more shots of stomach dropping heights. REEL ROCK is a film tour with events featuring athlete and filmmaker appearances, prize giveaways, sponsor activation, and fundraising for non-profit organizations. REEL ROCK 14 was released last week, premiering in Boulder, Colorado.

“We aim to present the best and biggest stories from the climbing world,” Zachary Barr, the REEL ROCK executive producer, said. “This world includes all types of climbing — from gyms to snowy peaks, boulders to big walls — and also diverse people, as the sport moves into urban areas and reaches new people. [The goal is] to entertain and inspire! And also to make people laugh — we love hearing laughter.”

Three films are being shown this year:

The High Road: Nina Williams, a boulderer, has her sight set for higher and higher problems. She is the only woman that has been known to climb 50 feet vertically with no ropes. This profile on Nina Williams shows just how far she is willing to go.

The Nose Speed Record: Where else would we expect to find Alex Honnold and Tommy Caldwell except on the face of their beloved El Capitan? In this film, we see the pair compete for the record of speed climbing the Nose.

United States of Joe: This film is perfect for the small Utah town of Logan. Out of state boulderers can relate to this group of punk rock climbers who have found themselves in the midst of small town Mormons and country folk.

The tour stops at USU tomorrow in the TSC auditorium at 7 p.m. This year’s films will be shown at $7 for students and $14 for public.