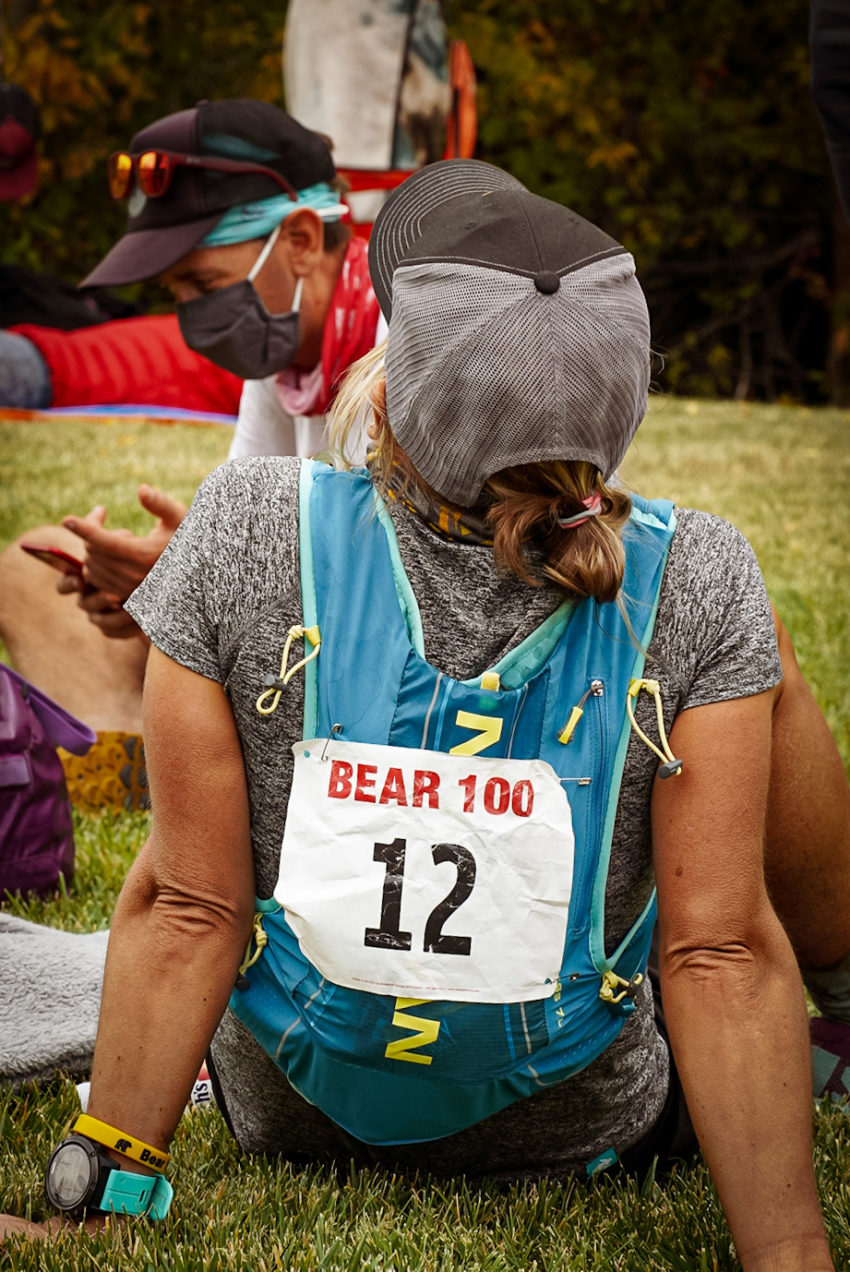 The answers to how the Bear 100 was varied as much the places they came from and the times they finished. The Bear 100 is a race of a grueling 100 miles from Logan, Utah to Fish Haven, Idaho. 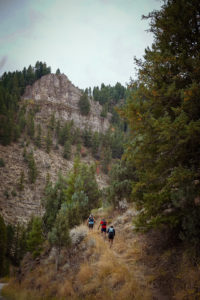 “It was a good race this year,” said director of the race, Leland Barker, “It’s been good weather. The times have been really fast.”

Last year’s race was fraught with wind, rain, hail, and snow. Some racers succumbed to hypothermia due to the frigid temps.

“It wasn’t that cold last night,” stated a middle-aged runner, “just when you got to the top of a ridge early this morning, about 5 am, it got pretty cold.”

Beginning in 1999 there were 14 starters and 0 finishers in less than 24 hours. This year in 2020 there were nearly 300 entrants and several came in under 24 hours. It’s a real ultramarathon and a sure to test to anyone’s grit and determination.

The course is a body jarring adventure up and down trails through aspen groves with 22,000 feet of vertical gain at an average elevation of about 7,000 feet. Fall in the Rocky Mountains is always a gamble. Racers have to prepare for anything from heat exhaustion to hypothermia. Of course, there’s the mental component. Training for some includes a yearlong commitment with 50 milers for preparation. The Bear 100 is part of the “Rocky Mountain Slam” which a runner completes if they finish the Hardrock 100 and three other races as well. The Bear 100 is the last of the ultramarathon season.

The aid stations were supported by volunteers from the greater Logan area. Set up, maintenance for the two days of the race, and takedown efforts were greatly appreciated by the race coordinators. Another important part of the race is the all-volunteer staff of amateur radio operators. “BARC,” or Bridgerland Amateur Radio Club. These men and women are well versed in communicating racer arrivals and departures between stations through the mountainous terrain. They also input that information into a computer database to keep everyone in the know. Whiteboards for family and friends at alternative way stations were updated regularly with the times and locations for each of the racers.

Runner Jared (#288) had his wife, Jill, and his daughter Edith anxiously waiting for his check in at the Tony Grove aid station. “He didn’t finish last year, but he’s on pace to finish this year so far.” Jill, his wife stated. “I’m excited to crew my Dad,” said Edith. This would be the first time she was old enough to be able to do so. They both were a little nervous it seemed, although Edith was full of anticipation knowing she could bring supplies and her Dad’s favorite treats to encourage him to reach the family’s goal of a finish in 2020.

There were dozens of different license plates in the parking lots of the check-in stations. Fam 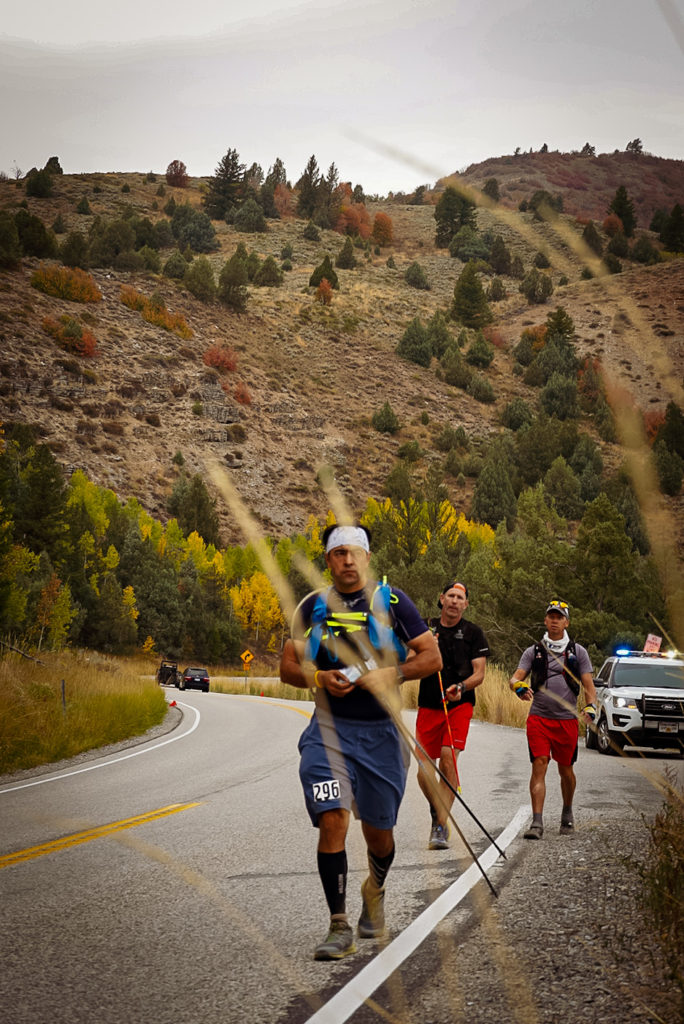 ilies and friends were cheering racers from off the trail or were ready to embrace the entrants at the finish line. They as well as the entrants themselves came from Montana, California, Texas, and every other state in the intermountain west. The racers displayed their personalities by the colors and garb they wore, includin

g one hardy soul in a kilt. One entrant even carried a selfie stick as he ran into every checkpoint. Photographing emotions as runners cruised by was enlightening even though an occasional “don’t take my picture” yelled out by a pacer friend was startling. There was even an unspoken understanding when one runner stuck her tongue and said, “It sucks right now.”

Most families were congenial to visit with, the racers ready to smile despite raw blisters on their heels, fighting nausea, hunger, thirst, and demoralization. It is a testament to the human spirit to see some individuals run this gut-punch of an experience over and over again. There must be that “runners high” somewhere along the trail even if you do not finish. There is such a thing as an “amazing” experience for 100 miles at 7.000 ft. The Bear 100 has proved it for 21 years and will do it again and again.