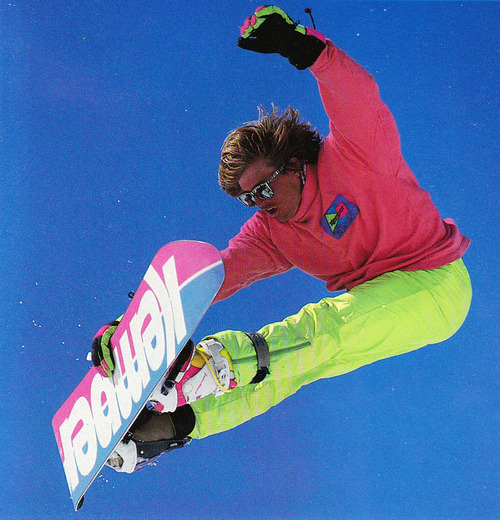 For longtime snowboarders, Kemper may be a familiar name. While memory may fade for some of this beloved and defunct brand, one man is determined to see the late 80s brand rise from the ashes. It has been 20 years since the company originally closed its doors but this snowboarder misses the nostalgia.

Jib Hunt, pro snowboarder, graphic designer and former design director at Burton acquired the trademark for the dormant brand in 2018. Hunt recently relaunched the brand in Park City after reviving original designs and board shapes from old photos to their former neon glory.

As Hunt researched the possibility of a resurrection of the brand, collectors buying and selling vintage Kemper boards on the secondary market were strong indication that the brand still held significant value to those who had interacted with it.

David Kemper, who started the company in 1987 out of his garage in Ontario, Canada. The company grew and developed a strong following over the years, but eventually bounced from one coast to the other through various acquisitions. That is until the brand fell apart due to what appears to be the parent company going under in 1994.

For Hunt, reviving Kemper is a personal matter. His second board ever was a Kemper board. While the boards compete when it comes to performance, Hunt says that nostalgia is a driving value for consumers.

Boarders this next year will likely see an increase in 80s neon on the slopes thanks to the Hunt’s efforts to preserve such an iconic brand.

Keep up with Kemper on:

3 thoughts on “Kemper Snowboards Returns on a Nostalgia Wave”