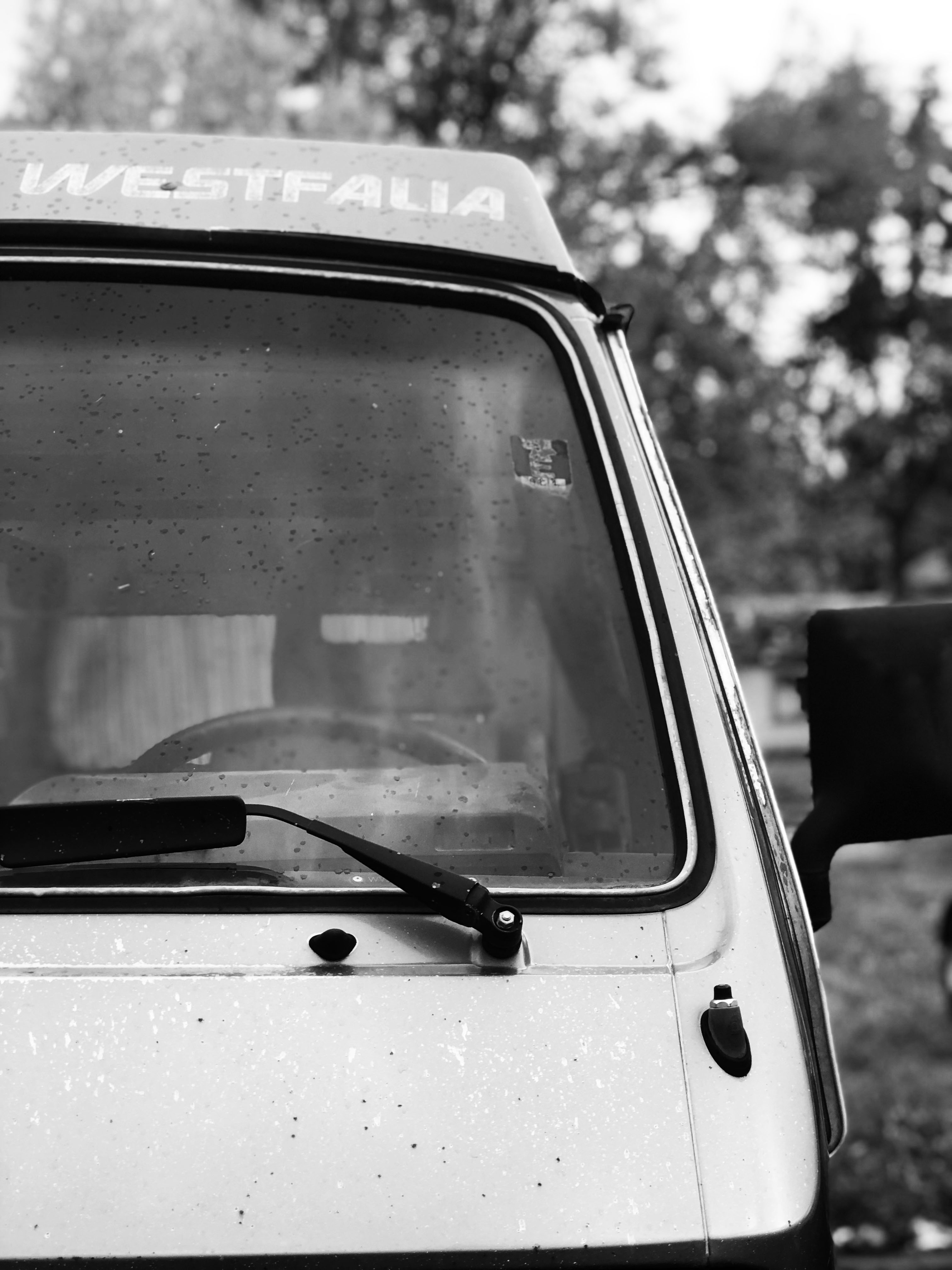 If you’re an outdoor enthusiast—and even if you’re not— and you’ve been on Instagram the last few years, you may have noticed a craze that is taking millennials (I am one) from the stability of a traditional home to living on the open road and immersing themselves in #Vanlife.

While the phenomena may seem new, Westfalia Vanagons have been around since the 50s and every generation seems to rediscover them, says Kevin Eyre. Kevin, Logan resident, and ski patroller of 45 years is also what I would call an expert on all things Westfalia. As we chat in the backyard of his Logan home, we stand amid four vans in varying conditions (and there could have be more scattered around the yard).

When asked why the renewed interest from younger people in vans and van life, Kevin replied, “I don’t think there is a resurgence. New people have come along and they think they’ve found something knew.”

Kevin got his first (a new 1971 Westfalia) while in graduate school and made it a home for his wife and child for six months. The ability to pick up, head to the mountains, and camp at a moment’s notice has always been the appeal. After that, he was hooked.

Over the course of the years, Kevin and his family would hold 3-4 vans at any given time while buying, repairing, selling, and most of all enjoying them. With plenty of stories to tell of his travels, Kevin mentions fondlythe numerous trips across the country, seeing locations many would dream of, and doing it all with 4-wheel drive, 25 miles per gallon, and a built-in sink and stove, without the hassle of an RV.

One of the most impressive facts is that over his lifetime, Kevin has owned over 100 Westfalia vans and of the varying models, Kevin says that he’s owned 25, or 2% of all 4-wheel drive, Syncro, model Westfalias, imported to the US.

As far as Kevin knows, he’s owned more Westfalia vans than any other individual in the country.

He doesn’t seem to mind the interest people in the community have taken in his hobby. Asked how often people knock on his door to  inquire about the 4 vans in the backyard, Kevin says people come by all the time.

His two kids seem to take after Kevin and each has their own van now that they are grown. They both look fondly back on memories of the open road and camping with family. While van life continues within the family, one hasn’t remained brand loyal and picked up a Sprinter from Mercedes-Benz.

Kevin continues to buy and sell, repair and enjoy his vans. The convenience of hitting the road with everything you need for a camping trip packed into a van means  as much as it did when he bought his first in 1971.

When asked what keeps Kevin coming back to the Westfalia, he simply replies,